A Winter For Janus

A Winter For Janus:(My Top Ten experiences of 2017)

There is a Roman god called Janus. Yes, it is a really funny name. He’s a god of two halves and is depicted with having two faces: one looking to the future and one looking to the past. He is the God of Beginnings & Endings, of doorways and transitions. His significance represents the spirit of January; so in honour of Janus, I thought I’d take a look at the past year in an attempt to be reflective and look forwards to the New Year. I know, I'm a right Janus.

Here are my top ten moments, new experiences, novels, podcasts and things that have changed my life for the better in my 2017.
(N.B. Not all things are necessarily new to 2017, but they're new to me).

This naturally felt like the first thing to talk about as I got into this podcast at the start of the year and it affected all of the other choices in both direct and indirect ways. This has made a huge impact on my life (for example, I am now on Email – you simply have to be these days).

Elis James & John Robins do their weekly Radio X show which goes out as podcast and they’re instantly funny and they do captivating features. Initially these comedians seem jovial and innocuous, but they offer so much more than what’s on the surface. This podcast has the serious power to pick you up when you are down and build you back up. They are supportive and caring. Plus they also give you tons of amazing new music to explore and books to read. They are like your cool older brother giving you advice on life. 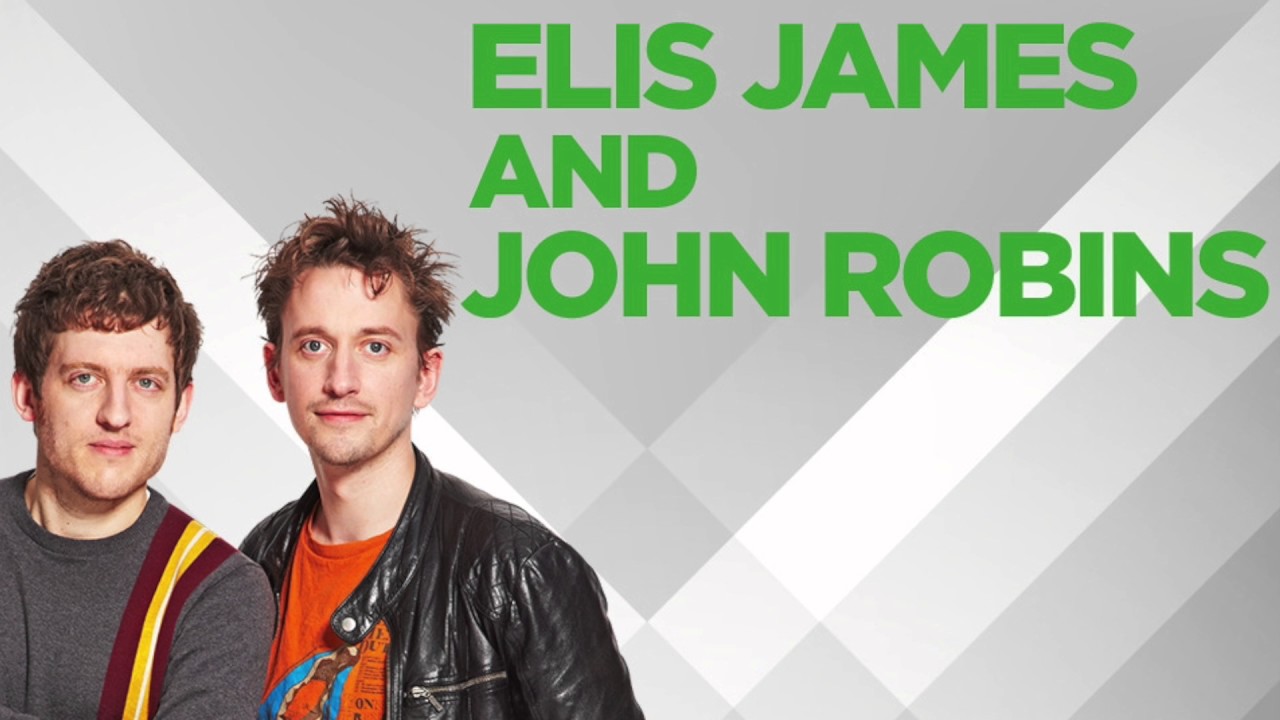 What. A. Book. Scottish Poet, John Burnside writes a memoir about his young forays into love, glamour, romance and everything in between. These memoirs are intercut with digressions about the inner-weavings of love in society. Burnside portrays an illustrious image of what realistic romance is and the awkward moments in-between. This book beautifully portrays teenage folly and the false idealisation of love and has given me great things to consider in my own love-life.

“To master the art of losing, we must be willing to consider ourselves lucky when whatever god we address answers our prayers by refusing them, so that something more interesting can happen” – John Burnside. 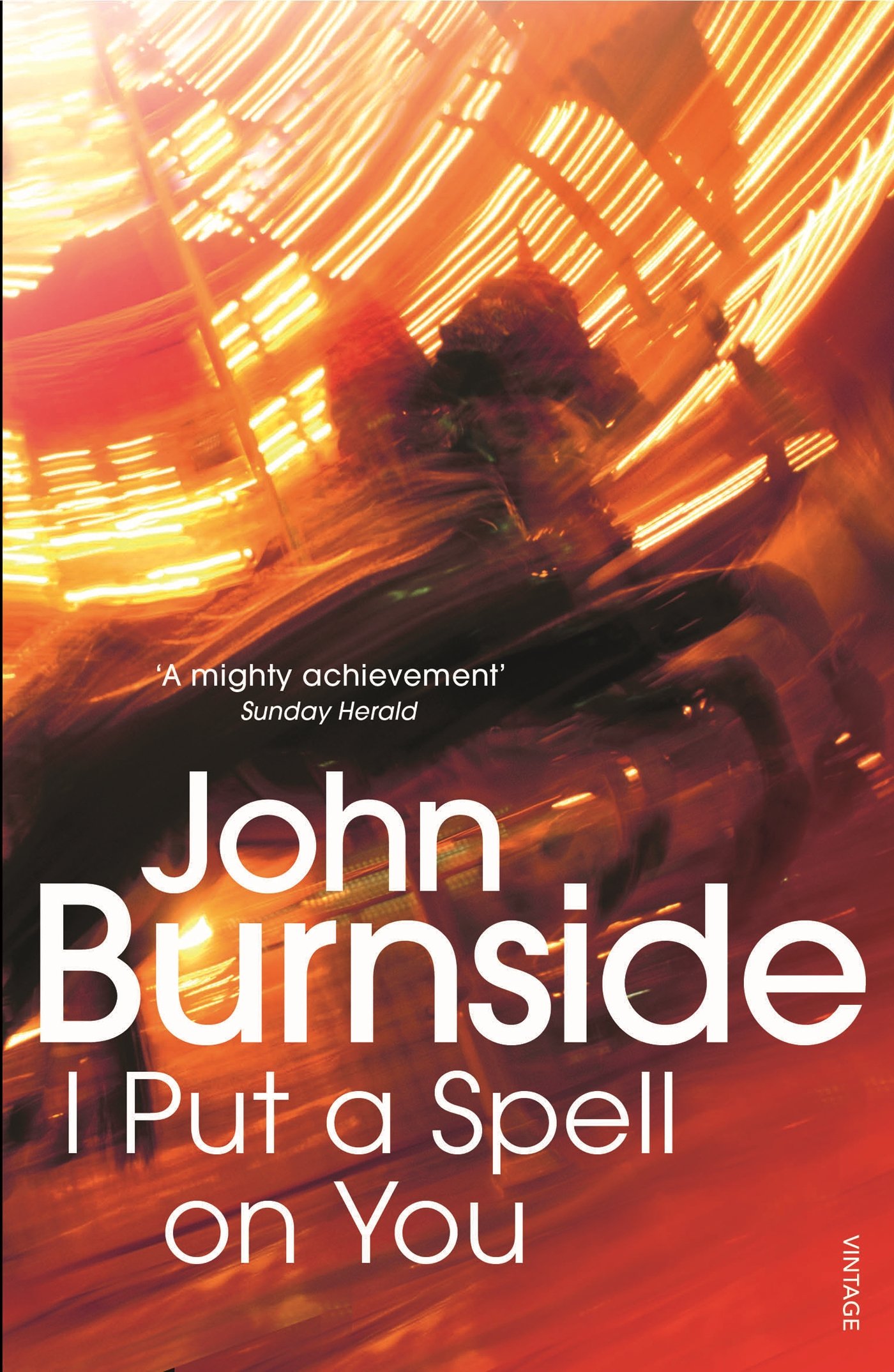 At the start of the year, I created a new show stand-up show called '100 Acts Of Morality & Kindness'.  It was about going out into the world to see if I could become the world’s most moral person. It required me to complete an array of kind acts to try and create a positive impact in the world. I was certainly ambitious.

This led to me giving blood for the first time, boycotting unethical foods & brands, AND I went on my first every protest in February. These 100 acts firmly placed me outside of my comfort zone however I felt so much better within myself. I realised that I liked helping others (but at that time, I wasn’t really taking care of myself).

From the acts themselves, the stand-up show was born. I created an hour about some of the funniest moments of the project. And I did a run of gigs at festivals around the UK which were some of my all-time favourite stand-up shows I’ve ever done. In particular, I performed at the Swindon Fringe Festival in April 2017 and every moment felt magical and the audience were instantly on-board. It felt marvelous to do a show which was very close to my heart and for people to relate to it. One of my crowning stand-up achievements.

This audiobook is better than sex (I imagine). 70 hours of Stephen Fry retelling every Sherlock Holmes case. I never really watched any Sherlock, but was recommended the books. Buying the audiobook was the best decision:  The books have amazing language and is performed perfectly by Fry. Every case comes alive with the awe-striking skills of Holmes & Watson: I was enamored immediately.

(Also I really enjoyed that some of language hasn’t aged well: whenever Watson (the narrator) gets excited on a crime scene he says “ ‘WONDERFUL’, I ejaculated’ ”, which must be a nightmare when you are dealing with DNA evidence). 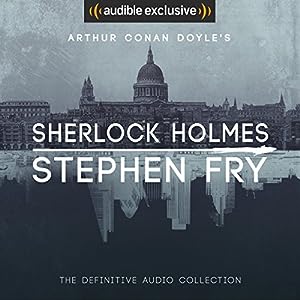 One of my favourite documentaries. It may be the only documentary I’ve ever watched which isn’t tragic, but is really joyful and incredibly positive. To not ruin the story: an obscure American Singer called Rodriguez released some unknown albums in the 1970’s and vanished from the scene. His music miraculously made it over to South Africa in which he was revered as a giant star. South African fans search to see what happened to their favourite artist. The ending is spectacular.

The soundtrack for documentary exclusively features Rodriguez’s songs and it will have you buying the album at the end of the documentary (“Like Janis” is my favourite for the lyrics alone. The bassline for "I Wonder" is equally amazing).  If you need a pick-me-up and a great story, you’ll find it here.

I wrote a play about what if Romeo and Juliet hadn’t killed themselves but went on to live in a loveless marriage and a guy called Will Shakespeare writes play about their life which makes them famous. The title of play is called “Stars (Cross Lovers)”; a title which so punny that I literally high-fived myself afterwards. I wrote it just for fun,  but after getting in touch with Alphabetti Theatre in Newcastle, they invited my piece to be performed at their Writeback night in October.

It was a weird play, but it felt really amazing that I was able to be funny in a different way than just me being on stage. It was an honour and a privilege that others had bothered to get involved and be engaged with something that I had written. I was flattered entirely through the process.

A cultural high-point for me.

7) Got fully naked at a gig

A cultural low-point for me.

I was in at a New Act of the year competition during August. The audience were a little hard: they were enjoying themselves but they weren’t really laughing out loud. I was on 6th and I was the final one on in the second section.

I did my opening jokes with absolutely no response. I panic and say “Erm… I don’t think I have won the competition” – a big laugh. Phew. I gave up on jokes: So I offer them a simple offer: “I’ve not won this, and I’ve got 5 minutes left on the clock – we can do whatever you like for the remainder of the time”.

Immediately a man menacingly shouts “TAKE YOUR TOP OFF!”. We laugh and I agree! I take off my shirt. We laugh and I try to move on, but the same man shouts “TAKE OFF YOUR TROUSERS”. I consider this, then try to rebuke this. But before I get a chance to shut down the request, the man at the sound desk started to play Tom Jones’ “You Can Leave Your Hat On”. And then I wasn’t in control anymore. My comedy spirit started to strip to the music as the madness grew. The crowd loved it. I took of my clothes and threw them at audience members. I started to strip like Magic Mike. Maybe I was born to do this? This is obviously my calling. I was down to my underwear and the crowd wanted to see it off (I imagine).

The voice inside my head said “Matt, you have gone far enough, you are a respected comedian and artiste. You have dignity. You don’t need to get naked just for a cheap laugh” and as I was thinking that, I reached for my shoe to cover up my privates as I started taking off my pants and I finished the gig naked. 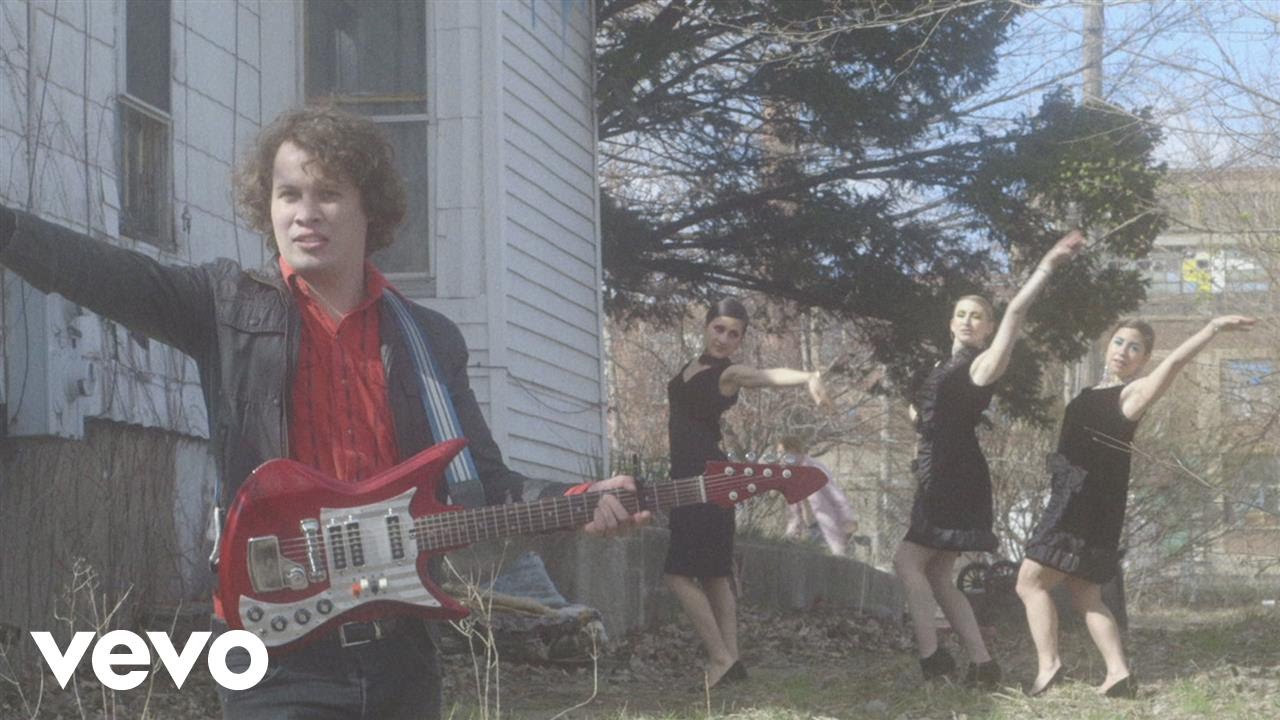 Trevor Sensor is an American songwriter who has the most amazing voice. He released his debut album this year at the supple age of 23. 23!!!! I just turned 24 and I feel very intimidated at his mindblowing talents. I need to do more in my life. His album is a belter (although his EPs are some of my favourite songs in the world). Great album and treat from start to finish. This is the first track from the album: 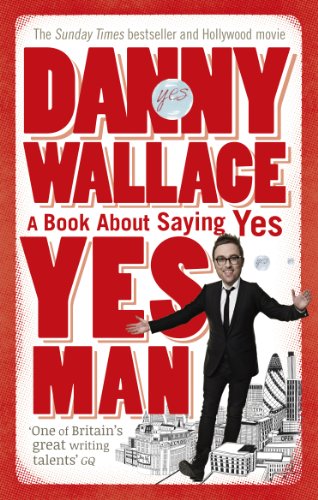 This is the most clichéd item on this list, but it’s still significant. Yes Man takes the unadventurous and introverted humourist, Danny Wallace, to challenge himself to say “YES” to everything. This experiment is at the detriment of his wallet, but pays him back with experience, a new lease on life and eventually a wife. It was later turned into a Jim Carey films (Swings and roundabouts, I suppose).

It’s an obvious message, but a really important one for me this year. For so many years of my life I declined so many opportunities for such trivial reasons. I didn’t go out with friends and I didn’t experience things as I was "too busy". I didn’t go on dates – but that was largely because no one fancied me – but the point still remained. But Yes Man (and all of Danny Wallace’s books) really inspired me to see and be more involved within the world. You can change your world by using a single world.

“Yes” can make you happy.

At the end of 2016, I was depressed and had been for months. I hated myself and everything within the world. I couldn’t conceive of being happy again. In March, I went to get professional help. This is, without a doubt,  the best thing I have ever done; Without therapy, I really wouldn’t be here right now.

I have never felt better in my life. The last six months of my life is happiest I have ever been. My Counselor gave me perspective on the things, whilst understanding and counteracting my existential dread. What was most admirable, is that she actually listened, in a genuinely engaging and honest way.

Every session, I learned something significant about myself and how I operated. It was like being given cheat-codes to my own life. It gave me hope, self-confidence and eventually it gave me happiness again. I could begin to stop taking life so seriously and enjoy the little things. I’m now able find joy in so much more. I appreciate every moment.

This list is a celebration of the things I would have missed if I didn’t receive counselling. It’s a testament that you can improve your mental health despite being in the darkest depths. Your happiness can be found in a range of  amazing sources. The past is something I’m continually getting over, but I’m striving for the future. I am like Janus, perpetually looking behind myself and gleefully looking towards the future.

When times are tough for you: Be like Janus. Remind yourself of your past, keep in sight what is important to you and keep moving forward.

Be like Janus and never give up when life seems so against you – life will always get better (even if you’re name has"anus" in it).

Be like Janus and don’t let the world bring you down and eventually you'll learn the tools about surviving transition and changing for the better.

Being like Janus means that we are all rooting for you to do more than just to “survive”. We can’t wait to see you thrive, be alive and get happy. The world is always a better place with you in it.

And we can’t wait to see you enjoy 2018. The past doesn’t have all answers, so enjoy the exploration of what you’re trying to find.

Take care of yourselves. Thanks for reading.